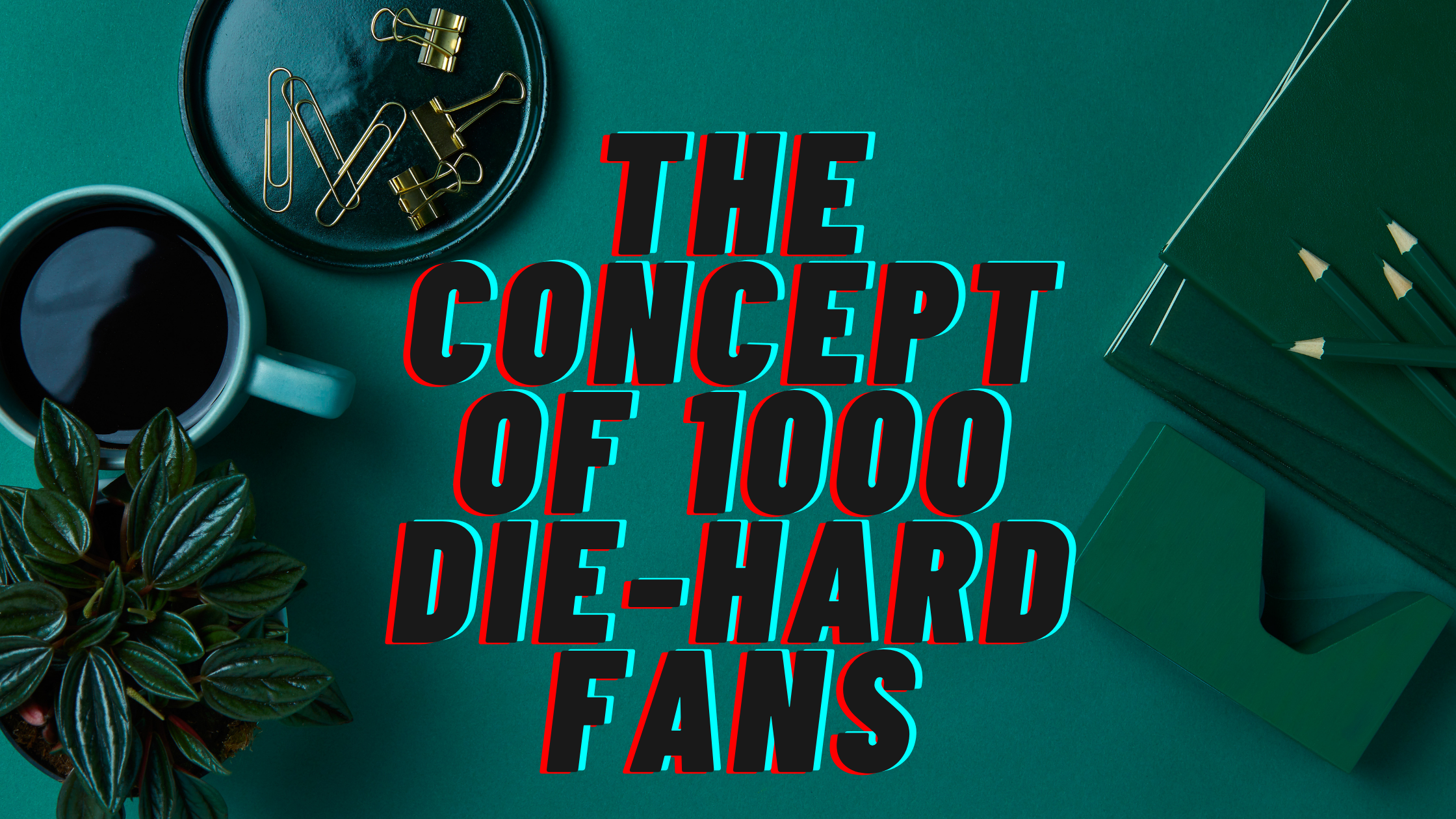 In 2008, Kevin Kelly, who is the founding executive editor of Wired magazine, and a former editor/publisher of the Whole Earth review wrote an article “1,000 TRUE FANS” where he stated that with the availability of technology, the internet and direct contact with fans, a business does not need millions of customers to make a good living from their product.  Over 10 years later, this concept is becoming a more popular option in today’s environment for creators.

In a time where numbers seem to be the goal, where people have become obsessed with how many followers, likes, and comments a post generates, all of that may look good but does not always yield the desired result. There have been many cases of people with millions of followers, who when it comes time to actually sell their product/service, don’t see up to a thousand in sales. Having a million followers on your social media platforms does not equal having a million die-hard fans. People follow for different reasons, plus the follow button is free, a follower is not necessarily a committed fan or customer.

The important thing though is that the number “1000” is not critical, it’s the order of magnitude, and Kevin Kelly says at an interview on London Real and continues with “it says you don’t need a million fans or even hundreds of thousands to make a living if you have direct contact with them

One of the founders of Air B&B, Brian Chesky who is a multibillionaire, says start with a hundred people. This does not mean that you can’t expand your audience to whatever number you wish to reach but that at a starting point it would be a pretty good option to start with less.  Let me end with this, I saw a post on Instagram by DJ Terry Hunter a Grammy-nominated producer and DJAY saying “Selling 500 copies of a 7” record pays close to a million Spotify plays pays. Nobody’s bragging about selling 500 units. Numbers, popularity, income…lines are blurry and it’s up to the individual what success is’’.