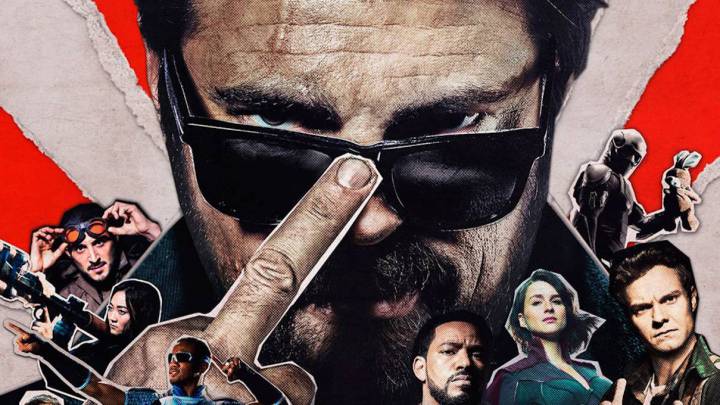 Since the massive popularity of streaming services like Netflix, movies seem to have taken a back seat to Web series. These series spend more time telling stories, thus providing more depth, and serving as more effective companions to viewers. Even as 2020’s pandemic shifted their schedules and locked billions of people down, a lot of series were still able to air, and since there were more people at home to consume them, they performed better than ever.

Cinemas took a hard hit, mostly because they had to remain closed, leaving most movies no choice but to premiere on streaming platforms.

The Boys are back, and this time they’re a lot more fun. The dark comedy doesn’t spare us it’s trademark gore, as it continues to share its very likely spin on how superheroes would be in a world like ours.

When I noticed The Outsider was adapted from a Stephen King book, I was not too sure I’d like the spin, but, I was wrong. I enjoyed every part of this slow-paced supernatural detective drama, with excellent performances from the cast.

When you see Ridley Scott’s name, you best be sure the project would be enjoyable. The Ridley Scott produced and directed series beat my expectations on what would have been my #1 series of the year, except for a few annoying characters.

Uthred the son of Uthred continues his journey to reclaim his birthplace as he continues to fight Danes and Saxon battles in the fourth season of the historical drama. The Last Kingdom is full of diverse and rich characters that are easy to fall in love with but is unfortunately plagued with Game of Thrones comparisons which leave the excellent show underappreciated.

Returning for a second season, the Bruce Lee written story set in the Tong wars in late 1870 San Francisco follows Ah Sahm who immigrates from China in search of his sister.

The Breaking Bad lawyer Saul Goodman and his band of co-stars continue to thrill their viewers with great storytelling as they approach the sixth and final season.

Returning for a fourth season, the Coen brothers produced anthology series with very twisted plots inspired by the 1996 movie, continues to dig deep into real events while touching history beautifully.

Ethan Hawke collaborated with Jason Blum of Blum House Productions to produce a TV version of the 2003 book by James McBride of the same name. The story follows abolitionist John Brown on his quest to end slavery in mid-1800s USA. The story is told from the perspective of a newly freed teenager “little Onion”, as he witnesses the holy crusade firsthand.

A tale of multiple continents, also based on a book following a drug cartel and their transporters as they struggle to ship tons of cocaine from Mexico to Europe.

The first South Korean Netflix original is a political period horror-thriller written by Kim Eun-hee and directed by Kim Seong-hun is a story about a reincarnated king leading to a mysterious plaque.

Having these many beautiful women on screen at the same time is enough to make this list, but P-Valley does more with the very interesting Uncle Clifford and his girls as they bring the heat to the Delta of the Mississippi strip club, “P@#*y Valley”.

After going round in 2004 and down in 2008, Ewan McGregor and his long time friend Charlie Boorman reunite 12 years later to take another bike trip, but this time they use electric bikes, and their crew uses electric trucks, as they ride from the bottom of the map in Argentina, through South and Central America, to Los Angeles.

Based on the true story of Isaac Wright Jr, For Life is about a wrongly accused club owner who becomes a lawyer in prison and defends other prisoners as he fights for his own innocence.

With a crime boss’ assassination chaos erupts in the city of London, and it’s up to his son to either calm things down or escalate them. First-class action sequences make Gangs of London an entertaining watch, with familiar stars from ‘Peeky Blinders’ and ‘I May Destroy You’.

Regardless of the confusing exit of Jason Mitchel and a few other cast members, The Chi manages to harness the beauty of black and still come up with a refreshing season that continues to touch on sensitive challenges in the black community.

In one of the best sports documentaries of all time, and a highlight of 2020, footage that was collected by a crew that followed the Chicago Bulls during the Michael Jordan era was compiled and accompanied by recent interviews by the players themselves and other stakeholders.

The Narcos series continues with season 2 on the origin of the modern drug war in 1980’s Mexico, and how Felix Gallardo leads the Guadalajara Cartel, unifying traffickers to build an empire.

The disunity in the Byrde camp, and what they are willing to do to stay survive is becoming uncomfortable, but it is a testament to the saying, “if you play with fire, you’re bound to get burnt”.

19. The Haunting of Bly Manor (Netflix)

With recurring actors from the Haunting of Hill House, The Haunting of Bly Manor is first love story first, then horror, if at all. It follows a young American lady running away from her past as she ends up as a governess in the English countryside estate of Bly Manor, where she is met by apparitions haunting the estate.

It’s Jordan Peele’s time and he isn’t wasting it one bit. Producing for film and TV, the Last O.G is one of his productions starring Tiffany Hardish, Tracy Morgan, and a very rich supporting cast. Unfortunately short, with 10 episodes and each episode just over 20 mins,

As the series are on different networks, it’ll be difficult to see all of them. But do make sure you see as many as you can, plus if you’re on Netflix be sure to check out this sleeper 2019 gem Giri Haji.

Click here to see the most recent top series for 2021.