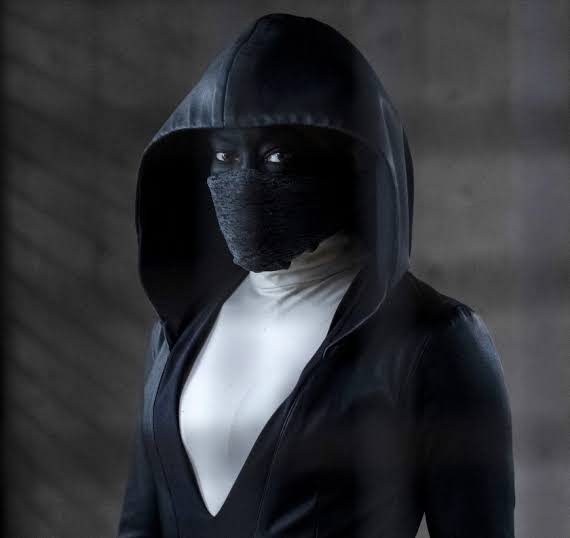 The rise of video streaming platforms has led to a rise in the number of series available, or as they are called, ‘web series’. There are currently over 300 original web series available across different platforms which include; Netflix, Hulu, Cinemax, Apple and a couple of others, not counting traditional TV series from HBO, AMC, etc.

In 2019, I somehow got to watch more series than I ever have in a single year, while watching less than 20 movies throughout the year. If less TV is needed to become a millionaire, I think I should be a bit bothered. Anyway, I had a blast watching most of the series, which include new ones and older ones that released a season in 2019, and I couldn’t help sharing my favorite.

I made up my mind in 2018 not to follow one of my best series of all time, ‘The Walking Dead’, as painful as that decision was, it was a necessary decision. I also decided to stop watching Power, and I’m equally happy with that decision based on what I heard about season 7.

So here are the 10 I enjoyed the most…

Snowfall is the late John Singleton’s last project before his passing, which is rumored to be based on the life of Rick Ross (The real Rick Ross and not the rapper).

It is set in 1983 Los Angeles and revolves around the first crack epidemic and its impact on the culture of the city.

Forest Whitaker stars as the infamous Bumpy Johnson just coming out of prison after a 10-year bid in the early 1960s as he struggles to regain control of Harlem, Newyork with the help of Malcolm X. Godfather of Harlem is based on a true story, and also serves as a prequel to the 2007 movie, American Gangster.

The cast is legendary, starring notable mafia movie regulars Chazz Palminteri (The Usual Suspects) and Paul Sorvino (GoodFellas) among others.

Warriors is a Justin Lin produced show based on stories written by the legendary Bruce Lee.

Set during the Tong Wars in the late 1870s San Francisco, California, the series follows Ah Sahm, a martial arts prodigy who immigrates to San Francisco from China, in search of his sister, only to be sold to one of the most powerful tongs in Chinatown.

It is a great watch especially for fans of martial arts.

The Terror Infamy follows a Japanese American community’s strange experiences during World War 2, between 1942 to 1945. The series also shows the shameful treatment of Japanese Americans during that era, and their experiences in the camps they were forced to live in after the bombing of Pearl Harbor.

The series had cast and crew members who experienced the camps first hand, or are direct descendants of those who stayed at the camps. It is a captivating watch with lots of history and suspense.

Likened as a remix of the 1987 comic series by the series creator David Lindelof, the Watchmen series takes place 34 years after the events of the comic, and stars the amazing Regina Hall.

It also showcases racial issues at different eras in American history similar to The Terror Infamy and Warrior. It also tells its story beautifully by successfully making the make-belief universe very relatable.

Based on the comics of the same name, The Boys interestingly has a unique approach to superhero stories. This time the superheroes are more like villains, and a group of vigilantes is determined to fight against the powered people that have chosen to abuse their powers.

‘The Boys’ has a dark theme and is told brilliantly for a mature audience.

Dark is a German science fiction series with so many twists you might need a pen and paper to keep track. The story is centered around time travel that spans three generations. It was initially compared to Stranger Things but eventually stood out as a completely unique story that deeply involves its audience.

The Dark is slated to conclude with season 3 which is set to be released in 2020. This would be a perfect time for you to catch up if you haven’t already.

This Ava Duvernay four-part mini-series tells the true story of the five suspects who were falsely accused of the rape of a woman in Central Park NYC in 1989 and eventually prosecuted. They were popularly known as the Central Park 5 and were found innocent after serving multiple years in prison.

The series doesn’t play and is a hard watch.

PS: Avoid anyone who isn’t moved by this series.

This Duffer brothers series with a very nostalgic 80s theme focuses on a small fictional town in Indiana called Hawkins. It follows numerous interesting characters and the strange events occurring and re-occurring from season 1 all through season 3.

The plot, theme, characters, and location all help make it an epic series and a very fun watch. Definitely one of my best series of all time.

I was hesitant about this series because of its popularity and some of its fans, but I decided to give it a try and it completely surprised me.

The Spanish show managed to put together a fabulous cast with interpersonal dramas accompanied by a twisted plot that present villains as heroes.

Entertaining and beautifully shot as well as captivating to multiple audiences, Money Heist is a must-watch regardless of your preference.