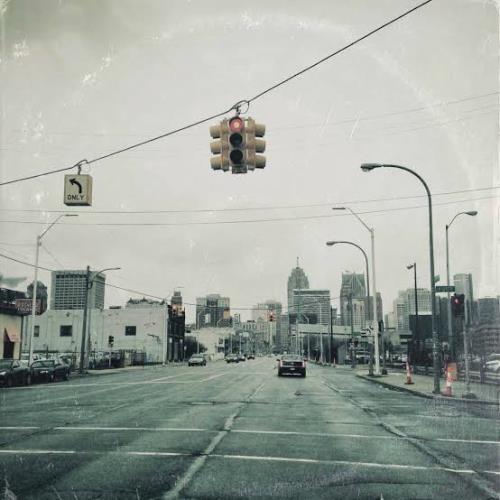 2019 started a little slow for Hip-Hop, but eventually picked up. While the mainstream had artists like Dababy and Megan thee Stallion shaking things up earlier in the year, it wasn’t until mid to late 2019 most non-mainstream releases came out.

Artists like Smiff and Wessun, Benny The Butcher, Injury Reserve, Nolan The Ninja, Uzee The Bovvaking, and Eric Sermon were some of the first to drop albums, and more artists like Freddie Gibbs & Madlib, Currency, Fred Da Godson, Smoke DZA, Ghostface, Rapsody, Murs, Nas and a couple of others followed through.

As I’ve been doing for the past 3 years, I’ll be sharing my top albums of the year, and it is strictly based on what I, as a hip-hop head listened to.

Common who happens to be a personal top 5 rapper of mine missed this list again. As much as I enjoyed his album ‘Let Love’, I enjoyed a few others a lot more. 2019 also saw two of my best artists, Skyzoo & Pete Rock make a collaborative album, even though there were individual tracks that are my top songs of the year, the project as a whole didn’t end up getting a lot of playing time from me.

At the end of the day, I had to base this list almost entirely on the number of listens from me. Hopefully, you’ll be able to find something you enjoyed on the list, or at least discover something you’ll get to enjoy.

After Guru’s passing in 2010, Premo and his late partner’s family had been trying to recover some of his later material from a collaborator of Guru’s, Solar.

After years in court, they were finally able to recover his work and use it to create ‘One of the Best Yet’. It felt good hearing them together again, especially on the J Cole featured track ‘Diamonds’.

9. Little Brother – May The Lord Watch

Little Brother is back, but this time without production from 9th Wonder. They’ve always made music with other producers, and have all had successful solo careers, but there’s this magic they make when they all come together.
The magic had to be rediscovered by me on this one, as the absence of 9th seemed to linger in my conscience as a longtime fan. Regardless, the album was enjoyable and a breath of fresh air, and definitely got a lot of playing time by me, especially the last track ‘Work Through Me’.

8. Benny The Butcher – The Plugs I Met

Griselda Records consistently released multiple A-grade albums, with Conway and Westside Gunn also dropping solo projects this year. As much as I loved Conway’s ‘Look What I’ve Become’, as it had 2 of my best tracks of the year; ‘Tito’s Back’ and ‘Vino D’, I didn’t get to listen to it as much as Benny’s. They also ended the year with their Shady release ‘WWCD’, which was satisfying, but in my opinion, it wasn’t as good as most of their previous releases.

The Plugs I Met carries on in the tradition of drug dealing tales told with honesty, not in a glorifying way, but with words put together well enough to captivate.

With appearances from the legendary Black Thought, Jadakiss, Pusha T, Conway and lyrical beast RJ Payne, Plugs I met is a beautiful listen for underground hip-hop fans, and is definitely my favorite of Benny’s so far.

If I had to use more technical criteria for this list, Eve should be top 2, but for some reason, after listening to it consistently for about 3 weeks, a flood of other releases distracted me, and I never did get to come back to it.

Eve is definitely evidence of Rapsody’s growth, with a great concept, wonderful production from the Soul Council, and top-notch features, which include Queen Latifa and GZA. Eve is a lot more confident than Laila’s Wisdom and has some of the best songs of her career, such as ‘Nina’ and ‘Cleo’, both hard-hitting songs with almost no flaws.

Smiff n Wessun returns with their 6th album, and first in 8 years, and it’s entirely produced by 9th Wonder and the Soul Council.

The duo has always remained active, and over the years their content has grown with them.

Standout tracks include the singles; ‘Ocean Drive’ and ‘StahfAllah’.

The whole album is full of needed soulful and thoughtful grown folk music, just like I like it. Great listen from one of Hip-Hop’s greatest duos.

5. Murs – The Illiad is Dead and the Odyssey is Over

Personally, Murs is one of my top 10 rappers of all time strictly off his albums with 9th Wonder and Slug of Atmosphere.
On their 7th album together, 9th Wonder enlists the Soul Council, which makes this the third album produced by them on this list.

Murs is one of the best storytellers in music, his honesty, intelligence, and humor make his work great to listen to. He and 9th have unmistakable chemistry, and there’s not one project they’ve done that isn’t outstanding. This just adds to their catalog and adds some variety with help from Eric G, Khyrisis and the rest of the Soul Council.

I personally haven’t stopped listening to this album and would recommend you give it a listen if you have gotten this far into this list.

You can thank me later.

Roc Marciano, arguably the most influential forerunner of the underground hip-hop movement.

Roc has shown artists how to create their own brand and monetize it without the help of the machine. Artists like Hus Kingpin, Eto, Dark Lo, Rome Streetz, and so many others have followed in this fashion.

He’s unapologetically himself, he stays in his lane musically and is respected by those who matter. Marcielago is another addition to his classic catalog, with stand out tracks like ‘Richard Gear’.

If you are into underground Hip-Hop and you aren’t on to Roc Marciano, punch yourself in the face.

Gangstar Gibbs reunites with Madlib for another classic. For some reason, I only seem to love his music over Madlib and Alchemist production.

Unfortunately, Gibbs isn’t the type of artist that sticks to what works, this works for him; Madlib, Alchemist type productions as seen on multiple projects which this tops.

It was released on a major label, which has helped give it the much-deserved publicity it needs. It is also getting the kind of acclaim it’s supposed to get.

It is a great listen from start to finish, and they ended the year with a great performance on NPR’s Tiny Desk Concert (worth checking out).

The title, the cover art, the ambiance, the instrumentals, and the featured artists perfectly depict the U.S city it is dedicated to.

First of all, the Mellow Music Group producer’s beats are enough to make any project dope, he had to go and invite his fellow Detroit artists to assist him. The outcome which is magical isn’t captured in the first listen. Apollo too is confidently himself and has no problem staying where he feels comfortable.

With Appearances from Black Milk, Dj Los, Royce da 5’9, Slum Village, Clear Soul Forces, Melaine Rutherford, Bronze Nazareth, and so many more, it got played by me more times than any other release of the year.

These are the albums that I listened to most, I’m sure a lot of other dope albums that were released in 2019 didn’t fall under my radar, and even though I’m a fan of music generally, I only have enough time to digest Hip-Hop music, especially underground Hip-Hop.

If you liked the list please take some time out to listen to our catalog.