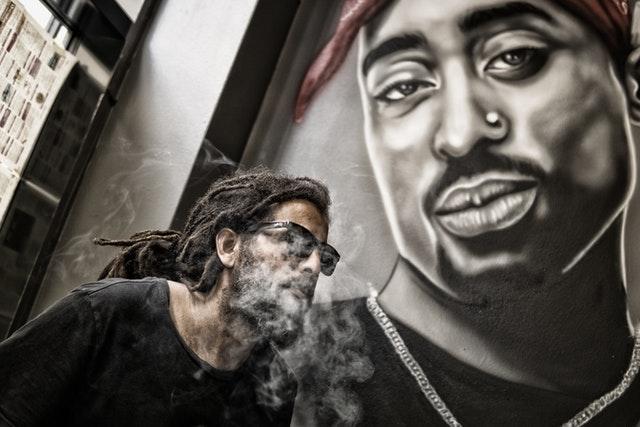 This has to be the most used phrase and asked question amongst Hip Hop lovers all around the world, especially since Nas tilted his 2006 album ‘’Hip Hop Is Dead’’ during the reign of Ringtone rap in the mainstream Hip Hop Scene.

It’s 2017, over 10 years from that time and I still hear people say the same about the present state of Hip Hop mainly with the dominance of ‘’Mumble Rap’’ in the Mainstream, but is this statement still valid or was it ever?

From Its conception, Hip Hop as a genre has gone through various stages of watering down, from the lead singer of a pop rock band in the early 80’s ‘’Blondie” rapping on their 1980 hit song ‘’Rapture” to Rodney Dangerfield a late comedian who was probably in his fifties at that time, releasing a rap influenced novelty song “Rapping Rodney’’ which both did well in the billboard 100.

Let us not forget MC Hammer and Vanilla Ice who were not classified as real rappers outselling more respectable rappers the years of their releases. In fact, MC Hammer’s ‘’Can’t Touch That’’ was the first rap song that was nominated for a record of the year at the 33rd annual Grammy awards, the same year Ice Cube’s ‘’Amerikkkas Most Wanted’’ album came out, A Tribe Called Quest’s “People’s Instinctive Travels and Paths Of Rhythm, and Public Enemy’s “Fear OF A Black Planet’’ to name a few.

Fast forward to 2007, when Souljah Boy released ‘Crank Dat’ and Ice-T publicly stated that Souljah Boy single handedly killed Hip Hop. At that time, most people were making that kind of rap because it was in popular demand, a separation was created in Hip Hop between “Real Rap” and ‘’Mainstream Rap’’  thus Hip Hop as a whole thought this was the dawn of an end of a culture.

In spite of all these, great Hip Hop albums were still being released like Cunninlynguists “Dirty Acres”, Evidence “The Weather Man LP”, Blue & Exile “Below The Heavens” all in 2006 and at this same point, people were saying Hip Hop was dead while reminiscing on the golden era wishing one rapper could come and save Hip Hop and take it back to those days, while failing to recognize that there were a good number of rappers whose music remained true.

We the Audience are also to be blamed if the so called ‘’Hip Hop Is Dead’’ theory is true, because instead of complaining about what the mainstream and pop media is promoting, we should rather focus on all the good that has been coming out.

Even in the midst of the so called “Mumble Rap” era, a lot of solid material has been released and Hip Hop has also been exposed to new talented acts like Joey Badass, Big Krit, Kendrick Lamar, Skyzoo, Dizzy Wright and so many others.

We should stop paying attention to anything that does not represent the culture nor has its best interest at heart. We should not be angry when we see the XXL cypher and use it to judge the present state of Hip Hop. Yes there have been a high level of watered down bubble gum music, but we are in a time where the consumer has more power than ever.

As an advocate for the internet, it would not be strange for me to say the music industry has practically shifted to the digital format so you as a consumer has more control of what you want to listen to or watch.

Therefore with all the good music around it sounds strange to me when I hear someone utter “Hip Hop Is Dead” when in just this year alone we’ve been blessed with many lovely releases like Devin The Dudes “Acoustic Elevation’’ Jay-z “4:44″, Appollo Brown and Planet Asia’s “Anchovies”, Kendrick Lamar’s “Damn” just to mention a few.

So in the words of Joe Budden at 2011 BET Hip Hop Award Cypher with Slaughter House- I know Hip Hop is alive and well.

If it died you other crews wouldn’t survive the smell.