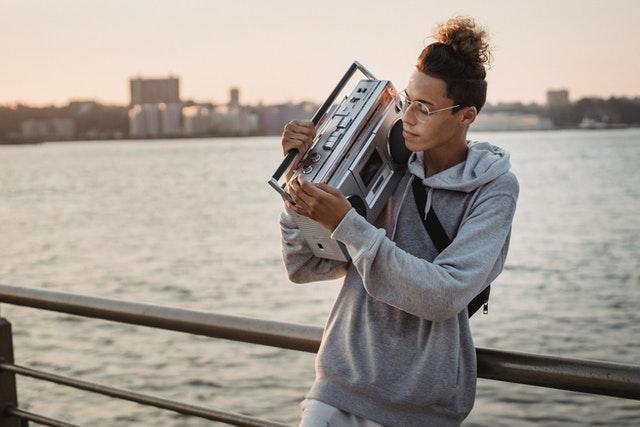 I met this girl when I was 8 years old, and what I loved about her is she had so much soul, she was old school when I was just a shawty, never knew throughout my life she’ll be there for me on the regular…. This quote from Common’s 1994 I USED TO LOVE HER totally explains how I feel about HIP-HOP.

Hailing from Nigeria West Africa, I would be lying if I say I wasn’t influenced by a culture that started in The Bronx, New York City. Even before the internet was dominating the Music Industry, I had access to cable television and a few music channels like channel O which unfortunately does not exist anymore, and every evening’s recorded programs from BET.

I remember the first time I saw ‘’HIP HOP’’ by Dead Prez, I was only nine years old, the whole concept blew me away even before I totally understood the song, and now, it’s 2017 feels practically the same way listening to Khaligrahph Jonez ‘’MICASA SUCASA’’ featuring Cashy; a song by Kenyan Hip Hop artists laced in both English and Kenyan dialect, the song was recorded on Mobb Deep’s 1996 Hell on Earth instrumental and it was done well.

Starting in The Bronx New York, Hip Hop has gradually grown from Regional to National and is increasingly becoming more of a Universal Culture with people from all over the world partaking in all its forms; from Djing to Graffiti to Mcing and breakdancing, the world has accepted Hip Hop in its purest form.

As the music enthusiast that I am, I constantly find myself surfing the internet for new music, and through platforms like Soundcloud, I have come across various Hip Hop artists from different countries and continents that embody the essence of Hip Hop. From France to Germany to Morocco to even Iran where it is illegal to rap, you could get 12 years for rapping over there, but that has not stopped Hip Hop from thriving in the underground. It’s a fact that a lot of countries in Europe, Asia, and Africa have demographics of people who consume Mainstream and Independent/Underground Hip Hop music, not to forget Australia and New Zealand where their Hip Hop Artists are less commercial in sound than the present Hip Hop artists in the United States who are more concerned with melody.

This points out what has been in my mind all the while I’ve been coming across these artists, how they have maintained the true sound that made me fall in love with the genre at first, and how they genuinely care about the culture and want to impart it telling their story.

There have even been collaborations between artists from different countries, one example dates back to 1998 Missy Elliot’s All In My Grill feat Nicole Wray and a French Rapper named Mc Solaar, whom the late GURU of Gangstaar had previously done a song with. A more recent example is the late Sean Price’s collaborative album with Australian Producer M Phazes. Also,  the Snowgoons, a group of producers from Germany who have worked with a good number of American Rap artists like M.O.P, RASS KASS, JEDI MIND TRICKS, and so on. Matter of fact their albums were released under Babygrande Records, an American Hip Hop Label.

There is a very vibrant underground scene in France, and in the Czech Republic, a Hip Hop festival named Hip Hop Kemp has been held annually where 20,000 people from all around the world participate in. Prominent Hip Hop acts from the United States and parts of Europe are invited to perform and the festival has a reputation for the atmosphere it gives its audience.
It has invited many acts such as Kool G Rap, Common, D.I.T.C, Action Bronson, Joey Badass, Oddisee&Good Company and so much more. This shows how wide Hip Hop has spread and influenced various people all around, That’s why you’ll hear Rap artists like Talib Kweli, Torae, Skyzoo e.t.c say they prefer performing in other countries than theirs because of the energy the crowd exhibits. As of May, Skyzoo and Apollo Brown were in South Africa and Mozambique performing songs from their ‘’THE EASY TRUTH” album, very shocking right? But that’s how far Hip Hop has traveled.
Not to forget Currency using Spanish Producer Cookin Soul to produce his tracks from 2016 THE LEGEND OF HARVARD BLUE. Also, Sarkodie a Ghanaian Rapper collaborated with Ace Hood in 2015 to do a track titled ‘’NEW BOY’’. Something amazing I discovered while doing my research for this article, is that before Yo!MTVRaps started, France had HipHopaired a French Hip-Hop show, what this shows is that France had accepted This new art form even before mainstream America.

As the internet has made the world a global village, I’m seeing the same apply to Hip Hop, as people from around the world embody this art form and make it their own, since it has been known as a voice box for the underdogs and a form of resistance against authority, the oppressed use it as a means to channel their anger and express their opinions towards politics, religion and even socially conscious matters, whether in their local dialect or whatever language they are comfortable with.